This post was originally published in 2020 and has been updated to include a new employee story.

We've been honoring our Hispanic and Latinx employees by celebrating National Hispanic Heritage Month. The month-long celebration, which takes place between September 15 and October 15, honors the cultures and contributions of Hispanic and Latino Americans to US society and culture.

The event started in 1968 to celebrate the anniversary of the independence of five Latin American countries: Costa Rica, El Salvador, Guatemala, Honduras, and Nicaragua.

Chile and Belize also celebrate their independence days during this period, while Columbus Day in Mexico (Día de la Raza) falls on October 12.

To mark the occasion, WilsonHCG's Hispanic and Latinx employees have been sharing their stories on what National Hispanic Heritage Month means to them:

Andrea Romero is a talent administrator and coordinator, and head of our inclusion committee 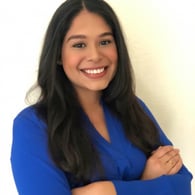 "I was born and raised in Honduras. I moved to the United States almost 10 years ago, when I was 15 years old. As a teenager, the transition was not easy at first, but I was lucky enough to have the advantage of knowing English before I moved here. When I lived in Honduras, I never saw or thought of myself as being Latin/Hispanic. I never felt like I was being labeled that way. When I moved here, I understood that beyond being labeled or grouped as Latin/Hispanic, we are a wave of proud people who cherish their culture and distinguish ourselves by having compassion, respect, amiability and demonstrating hard work.

I proudly introduce my friends and people I know to my culture. Our music, food, words (and sometimes even our slang) and beautiful destinations have no comparison. I have learned to embrace who I am as a Latina and, now that I am away from home, I understand how lucky I am to be Honduran. I aspire to always maintain my roots and pass them to future generations."

Kelsey Perez is a learning and development business partner 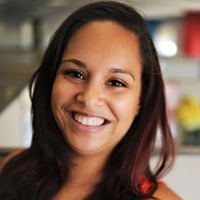 “My parents came to the US from the Dominican Republic more than 30 years ago with the hopes of building a better life for their family. Although in a new country, my mom stressed the importance of not forgetting our culture.

We grew up learning Spanish at home and English at school. One of our main core values is family. The family unit is of utmost importance and loyalty to family is above all else. This is something my husband and I teach our kids today (music, food, and dance included!)."

Joe Romano is a manager in the talent acquisition coordination division 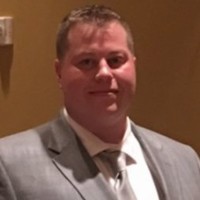 "I am a second-generation Tampanian. My grandparents migrated from Cuba and Italy to find a better life for their families. They left their native lands to make a better life for themselves and their families. And my grandfather eventually paved the way for his family to join him on his journey and was able to fund his mother and father's relocation to the US from Cuba. They didn't share much from their time in Cuba as it wasn’t a great time; however, their traditions and legacy still remain and is passed down from generation to generation.

My grandparents and parents taught my brother and me the value of family and heritage. National Hispanic Heritage month is so near and dear to me as it gives me a chance to celebrate all the traditions and history that is in my family and reflect how far we've come."

"My father was born and raised in Puerto Rico and instilled a deep pride in la isla del encanto within our family. Fun fact: I was actually named after Miss Puerto Rico 1970, Marisol Malaret Contreras, who was also the first Puerto Rican woman to be named Miss Universe.

For my heritage celebration post, I'd like to tell you about one of the most celebrated Puerto Rican icons, Roberto Clemente. Signed in 1954, he was one of the first Latinos in major league baseball. He amassed a mountain of impressive stats over an 18-season career with the Pirates, including 12 Golden Glove awards, over 3,000 hits, 13 season All-Star and 1966 National League MVP. Equally as important as Clemente’s accomplishments on the field were his roles as an advocate for equitable treatment of Latin baseball players and charitable efforts for disaster relief. Clemente returned home to Puerto Rico every off-season to put on free youth clinics, perform community service and spend time with his family." 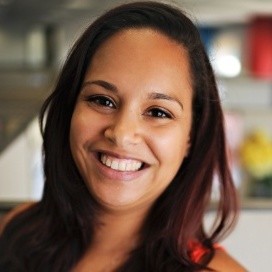 Kelsey joined WilsonHCG in 2013 as a recruitment consultant, partnering with various clients across multiple industries. Pursuing her passion for learning, she transitioned to training as a Learning & Development Business Partner focused on the development of learning opportunities that align with overall business objectives. Outside of Learning & Development, Kelsey enjoys dancing and spending time with her two children.

Onboarding
After the job offer: What is onboarding and what can new hires expect?

You've received a job offer – fantastic! Now what? In the world of human resources, onboarding is a term many are familiar with. But when you step outside HR, candidates...

We're excited to welcome two veterans who graduated from our Hiring our Heroes Fellowship program to the WilsonHCG team. Meet Jesse Hinnant and Shawn Daniel, who have...